Have you ever considered learning some basic computer programming? Everyone who owns a computer should learn at least a little programming at some point, if not now. Just like everyone who owns a kitchen should at least know how to cook a little. Simple programming skills will make your computer experience a thousand times better. You can fix your own problems, make your own custom gizmos that work the way you want them to, and even develop a deeper understanding of other people’s programs.

Microsoft even understood this, and included a copy of their BASIC programming language interpreter on Windows versions up to 98. But, you can still start for free and it’s easier than you think!

While we won’t start an argument over the best language, some ok suggestions are: 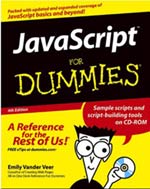 2. Gather some documentation. One of the most famous is the “Dummies” series which I’m sure some of you have seen before. There is a “For Dummies” book for probably every programming language out there. Search Google for name-of-language plus ‘tutorial’. A common name for your first program in any language is “Hello World!” which prints output to the screen. Search for that to find beginner’s level programs.

3. Be a quiet, self-starting learner. If you go into a programmer’s chat room hangout and interrupt their discussion of high-level computer science stuff to ask something like “How do I print?” the only answer they’ll give you is what you were told in step #2. Beginner’s level manuals are very easy to follow. Have some confidence in yourself!

4. Take your time. The best pace for the beginner is a few pages of the book per day. Don’t jump around in the book – it’s written with the easiest concepts presented first, with later concepts building on previous ones. One step at a time.

5. Take a read through a forum or message board devoted to your language. Simply typing the name of your language plus ‘forum’ into Google should produce tons of links. Look though some of the questions people ask and the answers given – almost every question a beginner can have has been answered dozens of times.

6. Don’t give up! It’s like learning a real language, except this is a computing language. It’s OK to put it aside if you get too busy, but try to pick it up again later. The more you keep your hand in, the better you’ll memorize it.

7. Have fun and don’t get too serious. Remember that this is a hobby, so it’s supposed to be fun. Any silly little thing you want to do, go ahead and do it. Much of what you’ll start out doing will be command-line things like inputting data to get output. Don’t let that stop you from making your own tic-tac-toe game or just a program that prints random characters on the screen really fast like a screensaver. Everybody needs to start somewhere.

8. Now you can join forums and chats and ask questions. And be sure to answer as many as you ask! By the time you’re out of the intermediate levels, you’re likely to become a valuable member of the programming community. There are plenty of websites out there devoted to hobbyist programmers – you don’t have to be the next Bill Gates or Linus Torvalds to enjoy programming as a hobby.